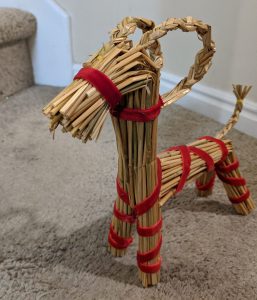 The Yule goat tradition probably comes from several sources cobbled together into goat form. Some say it represents the goats that pulled Thor’s chariot (the same ones that Thor ate every night and then resurrected only to eat them again the next night, but that’s a grisly tale for another time). The straw is significant because it ties into other European and Slavic beliefs about harvest magic.

Modern yule goats are sheafs of straw shaped and wrapped with red cloth or ribbon and placed on or under the tree. In some cases, people try to sneak a Julbock into their neighbor’s house without their noticing, at which point the neighbor has to dispose of the goat in the same way.

Allegedly, you can buy a julbock at Ikea, but we decided to make our own. 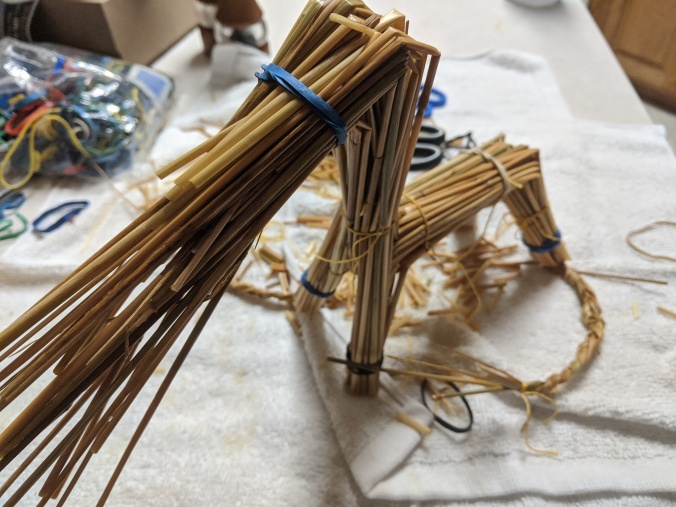 I started by soaking the straw in hot water for several hours to make it more malleable, then separated and bent sections to form legs, torso, neck, and head. I braided three sections to create a tail and two horns, then tied everything in place using string and ribbon. 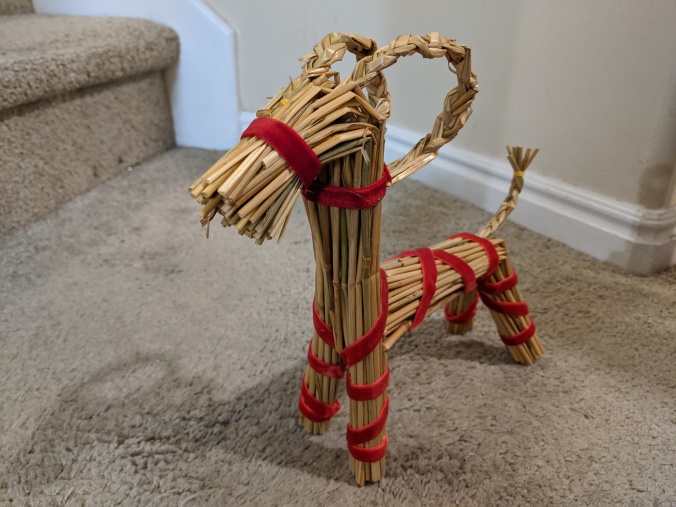 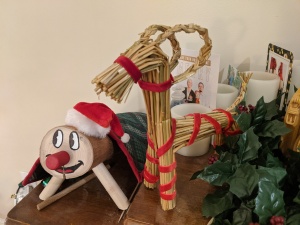 The wee Julbocken is sitting proudly next to the Caga Tió near our Christmas tree, and is yet another item that can be burned for Yule festivities but won’t be because I like him more than I like fire.  I may make an ornament version as well, but not until I’ve forgotten how frustrating it was to make a straw sculpture.