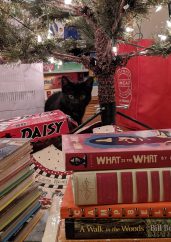 If you’ve met either of us, you know we have a bit of a book problem. Fortunately, in our search for imported Christmas traditions, we discovered the perfect support group for our addiction: the entire population of Iceland. On the Fifth Day of Imported Christmas, we are celebrating Jolabokaflod, or the Christmas book flood that sweeps across Iceland every year.

According to an article from NPR, the annual book flood started when all imports to Iceland were heavily restricted during World War II, except paper. So for Christmas, Icelanders used what they had available and gave each other books. And they’ve been doing it ever since, with the added tradition of giving the books on Christmas Eve and then staying up late reading them.

The timing of the flood is carefully mapped out. In November, every household in Iceland receives the Bokatidindi, a catalogue of every book published in Iceland that year. And unlike the phone books that get dropped off on my porch and used for campfire kindling, the Bokatidindi actually gets read and used as people search for the perfect gift book for their loved ones.

The tradition has persisted because Iceland is a country of readers (and writers). Here are my favorite statistics proving I should have moved to Iceland decades ago:

For our small-scale yule book flood, we went to a local used book store to pick out books for each other. Going together made keeping them a secret until Christmas Eve pretty impossible, but it also meant we could just put them under the tree when we got home without wrapping them. 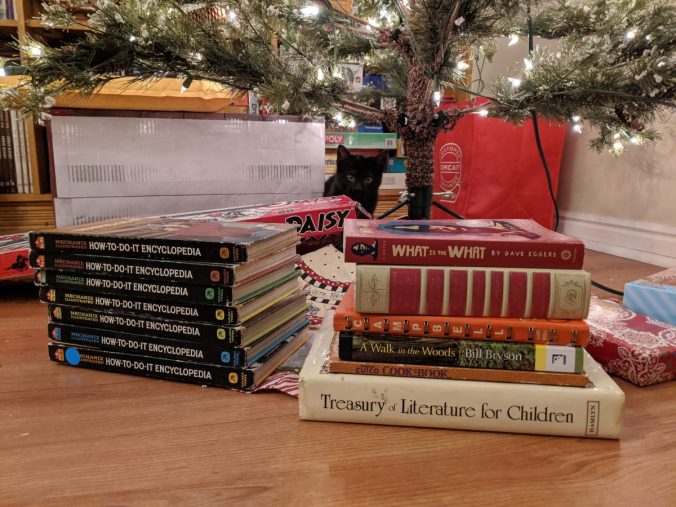